Like anyone and anything that produces something others use or consume, an employee receives feedback. It’s an inevitable part of the workplace because your superiors need to evaluate your performance and relay to you which areas you excel at and which ones you need to improve on.

Unfortunately, some people don’t dole out criticisms tactfully, and some employees cannot take criticisms well. Bring these together, and you have a recipe for disaster, one that might result in a workplace conflict that needs mediation to protect your employment. But sometimes, even carefully-worded negative feedback can make someone instantly sad or defensive.

If you’re one of these people, our tips below on handling criticisms better may be of help.

It’s a natural reaction to get defensive when your weaknesses are exposed. As a result, when you’re getting feedback, you only tend to focus on the negative things someone says about you. Then, it’s a downward spiral into beating yourself up and resenting the person who pointed out your flaws. But it doesn’t always have to be this way. If, for example, you’re up for an evaluation at work, prepare yourself and remember to keep an open mind. Then, truly listen to what the other person is saying instead of getting defensive right away.

Remember, criticisms in the workplace are about your work, not you as a person. But because criticisms are difficult to hear, you might automatically jump to the conclusion that the person giving you negative feedback is out to get you. If you’re not sure of what they mean, don’t be afraid to ask questions. This way, you’re getting clarifications instead of putting words in someone’s mouth. 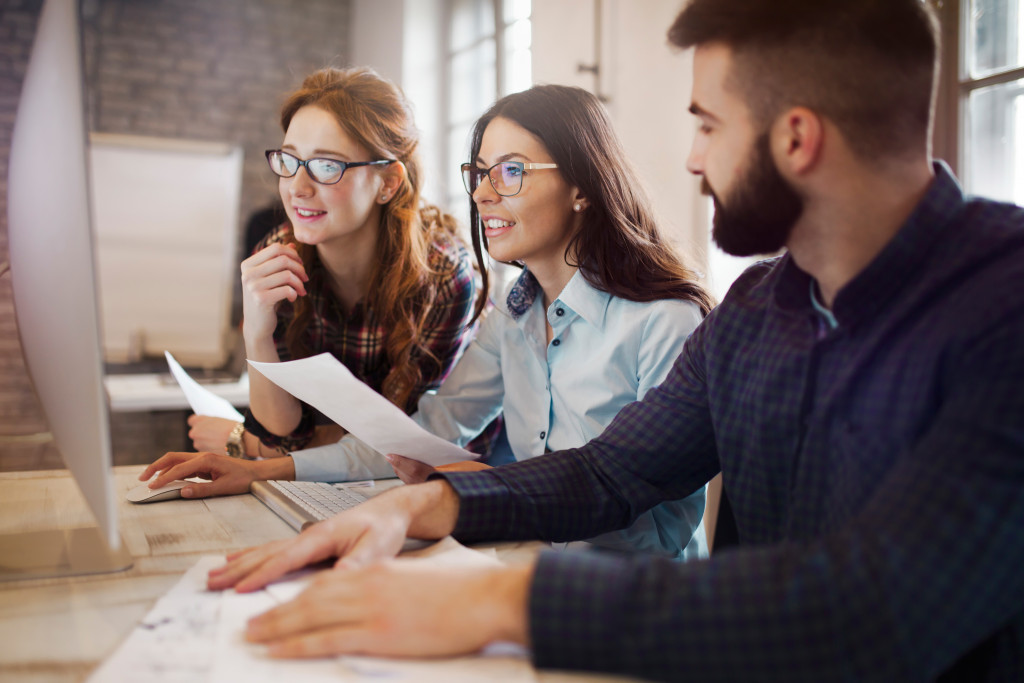 Once you’ve managed to distinguish between the two, filter out the destructive and process the constructive. See how these criticisms can help you improve your performance. Once your flaws have been pointed out to you, it’s easier to notice when you’re doing them again. Then, you can improve how you do things so that you won’t get criticized for it next time.

Keep in mind that nobody is perfect, not even your boss or anyone criticizing you. When you receive negative feedback, it’s not a reflection of you as a person. Instead, it’s something you need to work on so that you can deliver better results. So instead of thinking, “I’m not good enough,” switch your mindset to “There’s always more to learn and ways to become better.”

Remember, there’s nothing wrong with making mistakes. What’s wrong is making the same mistakes again and again because you refuse to listen and learn from the criticisms you receive.